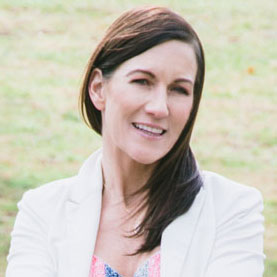 3 Steps to Get Pregnant Faster

While trying to conceive can be a very exciting time, it can also be overwhelming. The truth is that there is a ton of information on how to get pregnant. So how do you know where to start? 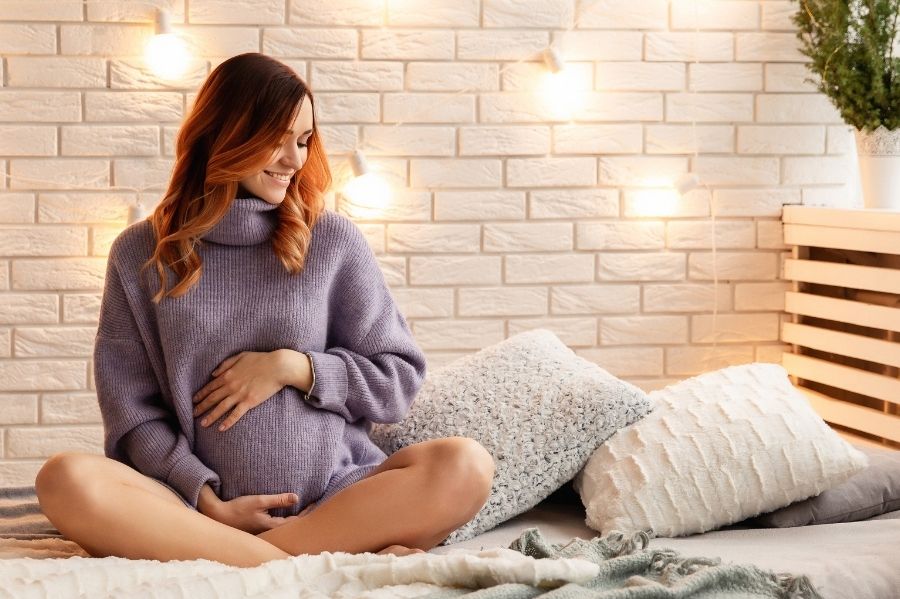 Written by: Dr. Amy Beckley, PhD, Founder and Inventor of the Proov test – the first and only FDA-cleared test to confirm successful ovulation at home.

With so many fertility tests and supplements on the market, you can easily spend lots of money on products that may or may not help you. That’s why my goal is to help you save money and time on your TTC journey, by helping you hone in on the products that will actually help you get pregnant. By following these three simple steps, you’ll be able to conceive faster and cheaper! 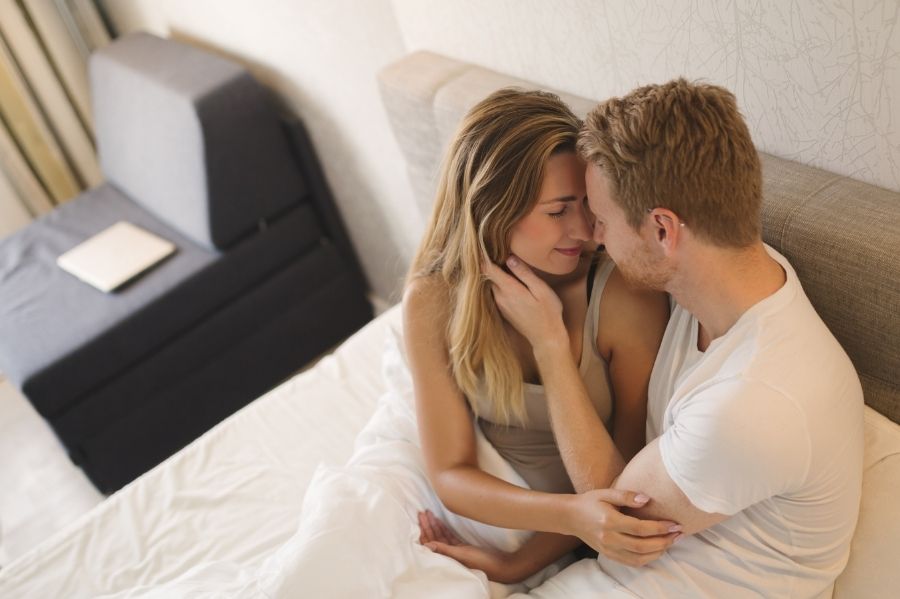 Peak fertility refers to the days each cycle when conception is possible. It includes the few days leading up to and the day of suspected ovulation. It’s important to time intercourse around peak fertility, as it’s when intercourse is most likely to result in conception!

There are several methods for tracking peak fertility, including luteinizing hormone tests (a.k.a. ovulation predictor kits), cervical mucus monitoring, and BBT, among others. A “peak” reading from any of these methods tells you which days are your most fertile so you can time intercourse accordingly. 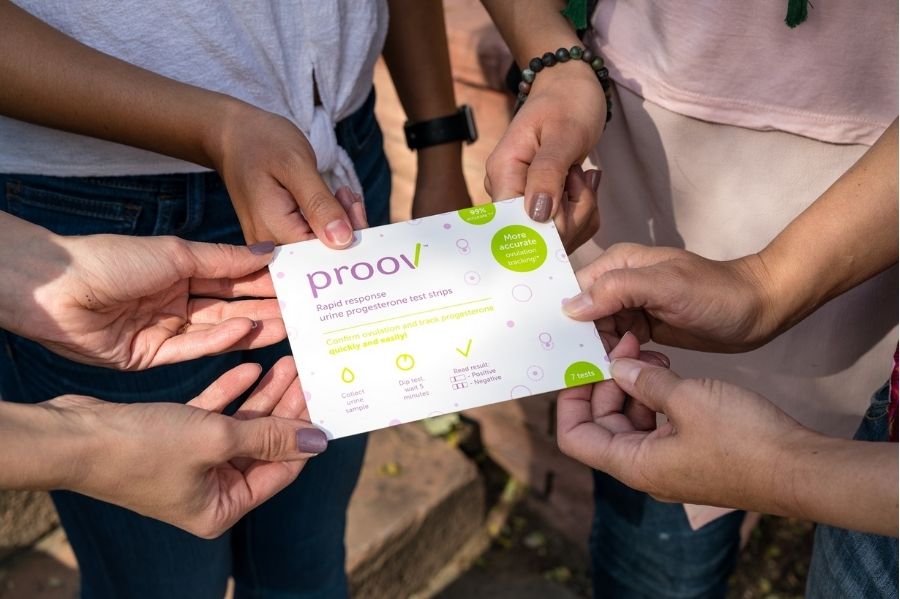 Without ovulation, you have no chance of conception. This is why checking ovulation early on can save you from spending time and money on other hormone tests you may not need. Additionally, many women don’t know that the quality of your ovulation is just as important as the release of an egg itself!

Ovulation is considered healthy when an egg is released and the empty follicle (also known as the corpus luteum) produces enough progesterone over time to support an embryo, should an egg become fertilized. If you ask your doctor to confirm ovulation, he or she may order a cycle day 21 progesterone blood test. However, there is actually an easier, less invasive, and cheaper way to confirm ovulation.

Proov is the first and only FDA-cleared PdG test kit to confirm ovulation at home. PdG is the urine metabolite of progesterone and only rises when serum progesterone levels are also elevated. Unlike a one-time progesterone blood draw, with Proov you can test PdG levels over a period of 4 days after suspected ovulation, which is critical when it comes to confirming healthy ovulation.

If your Proov results are positive days 7-10 after suspected ovulation, then great! Ovulatory issues are likely not preventing you from conceiving. However, if some or all of your Proov tests are negative during the testing window, there are a few changes that can help improve ovulation:

Diet: While foods don’t directly contain PdG, there are some foods which can help promote PdG production like beans, leafy greens, pumpkin, or nuts.

Herbals: Herbals such as vitex, red raspberry leaf, or maca can all help PdG production and promote a hormone balance.

Supplementation: Bio-identical progesterone supplements are available via a prescription from a doctor. If you’re interested in a supplement, I recommend consulting your doctor.

After implementing one or more of these changes, retesting ovulation quality with Proov can help you understand if the changes have been effective enough to solve the issue. If your results improve — meaning you observe four positive tests during the testing window — then ovulation should no longer be a concern and you can move on to step three!

But, if you’ve tried improving ovulation and still aren’t seeing positive Proov results, I’d recommend additional testing or consulting your doctor. Other hormones tests you can try include AMH for egg count, FSH and LH for ovary function, or TSH for thyroid function. If any of these tests show hormones out of the normal range, you can then work with your doctor to uncover the root issue.

Don’t think I forgot about the men — it takes two to tango! There are two main aspects of sperm that matter: sperm count and sperm motility, meaning is there enough sperm and can they get to where they need to be (the egg). There are many at-home sperm tests on the market that test sperm count but only a few that test count and motility, so be sure to look for a kit that measures both.

If your partner’s sperm test results look good, then you can check this box and move on. If the sperm test shows low sperm count or motility, there are a few things you can do to try to improve results.

Diet or lifestyle changes: Dietary nutrients such as vitamin C, vitamin D, and zinc are all important for producing healthy sperm. Herbal supplements, such as maca root or tribulus terrestris, have both been shown to improve sperm count in men. Exercising regularly can also help increase testosterone and sperm quality.

Try boxers: Does your partner wear tight underwear? Studies have shown that tight underwear may impair sperm production. Boxers, which fit more loosely, are preferred if you’re concerned about sperm.

After making any or all of these changes, have your partner retest his sperm. Hopefully his results improve, but if not, I recommend consulting your doctor.

If test results show that sperm and ovulation are healthy and you’re having intercourse during your fertile window, but still not getting pregnant, I recommend seeing your doctor. He or she can test for less common causes of infertility, such as blocked fallopian tubes, genetic factors, or structural abnormalities within the uterus.

I hope this checklist can help save you both time and money on your TTC journey and help you detect any issues that may prevent you from successfully conceiving sooner! Plus, it empowers you to have better conversations with your doctor. The more you know about your fertility, the faster you can reach your goals.

After her IVF miracle was born, she realized that she only had a simple hormone imbalance that could have saved her years to infertility, multiple rounds of IVF and 6 miscarriages if she had just had the right information. She took her PhD in Pharmacology and invented the Proov test, the first and only FDA cleared test to confirm successful ovulation. Proov works by measuring PDG (progesterone metabolites in urine) in the luteal phase to understand if hormones are high enough for long enough to support conception.

Don’t forget to tune in to this week’s episode of The Hormone P.U.Z.Z.L.E Podcast – Proov Test and How It Can Help You Learn Your Fertility Hormones With Amy Beckley. You can also find my podcast in Spotify, and Stitcher. Don’t forget to subscribe, follow, and write us a review (if you LOVE it).